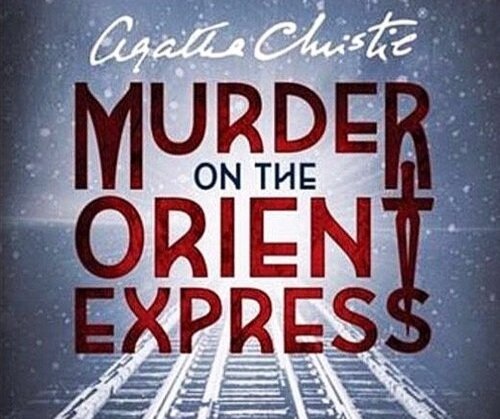 By The Arkansas Delta Informer Staff — The Arts & Science Center for Southeast Arkansas (ASC) is looking for performers to help bring a timeless murder mystery to the Adam B. Robinson Jr. Black Box Theater this fall.

In-person auditions for the classic tale of “Agatha Christie’s Murder on the Orient Express” are set for Saturday and Sunday, Aug. 6-7, 2022, at ART WORKS on Main, 627 S. Main St. in downtown Pine Bluff. Auditions are by appointment only and can be arranged by completing the form at asc701.org/auditions.

The performances are Oct. 14-16 and 21-23, 2022, and performers must be available for all shows. Rehearsals begin in mid-September. This production is sponsored by Simmons Bank.

“Murder on the Orient Express” includes roles for ages 16 and older. The roles include that of detective Hercule Poirot; the hilarious and energized Monsieur Bouc; the calm and unruffled Mary Debenham; Ratchett’s personal secretary, Hector Macqueen; and the dual role of Michel the Conductor and Marcel, the Turkish waiter.

Other roles include that of the formal and impatient Princess Dragomirof; inherently odd and devout Swedish woman, Greta Ohlsson; the warm, delicate, and brilliantly beautiful Countess Andrenyi; Helen Hubbard, an outspoken and flamboyant American from the Midwest; and the dual role of Ratchett, the middle-aged businessman, and the handsome, matter-of-fact Scotsman, Colonel Arbuthnot.

In “Murder on the Orient Express,” a snowdrift stops the Orient Express in its tracks. The luxurious train is surprisingly full for the time of the year, but by the morning it is one passenger fewer. An American tycoon lies dead in his compartment, stabbed a dozen times, his door locked from the inside. Isolated and with a killer in their midst, the passengers rely on detective Hercule Poirot to identify the murderer — in case he or she decides to strike again.

This show will be directed by ASC Facilities Manager and seasoned theater volunteer, Martin Carty.  Partial to mysteries, Carty also directed last year’s production of “You Have the Right to Remain Dead.”

“I like mysteries to begin with and this one — this is a show that everyone can identify with,” said Carty.

Although this production is mostly a drama, there are still some hints of comedy thrown in. “Every director is different, and everyone has a different take on any story. I enjoy getting everyone in the cast’s ideas – how we should pull off certain scenes and decide which direction we want to go,” explains Carty.

First published in 1934, Agatha Christie’s “Murder on the Orient Express” is undoubtedly one of her greatest mystery novels. This production was first adapted for the stage by Ken Ludwig in 2017.

According to Carty, this should be an easy-going show with a smaller time commitment than many productions. Auditions are open to anyone 16 and older, and no experience is required to audition. For more information on audition, contact Martin Carty via email at mcarty@asc701.org or by phone at 870-395-7009.

Support for ASC is provided in part by the ASC Endowment Fund; the City of Pine Bluff; the Pine Bluff

Advertising & Promotion Commission; and the Arkansas Arts Council, an agency of the Division of Arkansas Heritage and the National Endowment for the Arts. Additional operating support is provided in part by the Ben J. Altheimer Foundation; Kline Family Foundation; Relyance Bank; and Simmons Bank.