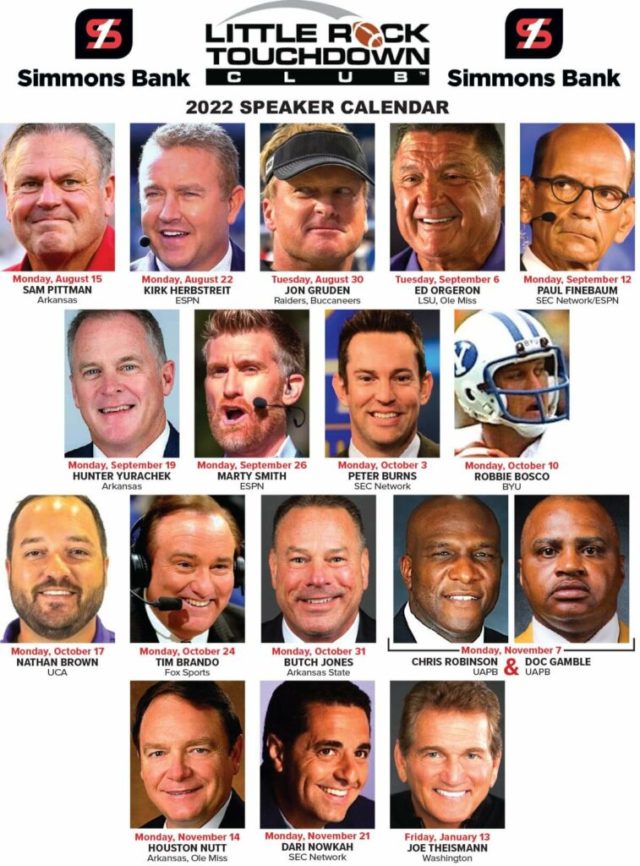 The Little Rock Touchdown Club meets at the DoubleTree Hotel, located at 424 W. Markham St. in Little Rock. Membership dues start at $90 and can be paid online at LRTouchdown.com. Lunch is served at 11 a.m. each week with the program beginning at 11:50 a.m.

The Little Rock Touchdown Club began in August 2004 when a small group gathered at what was then the Little Rock Hilton to discuss football. The club now has more than 500 members. Other 2022 speakers include: