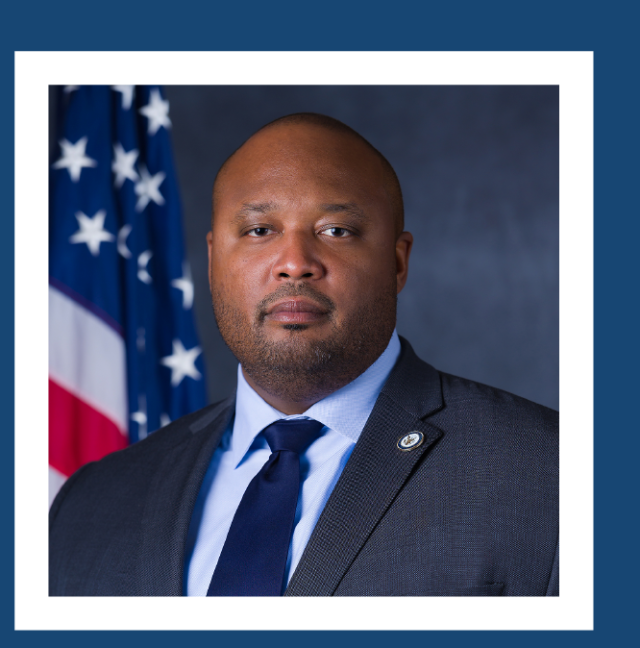 By Delta Informer Executive Editor Wesley Brown ­–­­­­ May 14, 2022 — The Delta Regional Authority is going several administration changes as the Biden administration seeks to implement its Racial Equity Plan across all federal agencies.

After more than a year delay since President Biden took office, Dr. Corey Wiggins of Hazlehurst, Miss., was recently confirmed by Congress and named the new federal co-chairman of the federal-state partnership based in Clarksdale, Miss. Created by Congress in 2000, the DRA was started to help create jobs, build communities, and improve lives through strategic investments in economic development and infrastructure projects in 252 counties and parishes across eight Delta states, including Jefferson County and the namesake region of Arkansas.

Nominated by President Biden on Dec. 15, Wiggins was confirmed unanimously by the U.S. Senate on March 10, 2022, and becomes the fourth DRA Federal Co-Chairman to serve in the position.

A native of Hazlehurst, Mississippi, Chairman Wiggins brings a diverse set of career experiences that include working in academia, state government, nonprofit, and private sectors.  He has focused on creating equitable opportunities through systems and public policy change.

“I am grateful to President Biden for the opportunity to lead the Delta Regional Authority at this critical time in our country” said DRA Federal Co-Chairman Corey Wiggins. “Throughout my career, I have been driven by a mission of service with an emphasis on creating equitable opportunity.  I look forward to working with the communities across 252 counties and parishes served by the Delta Regional Authority to focus on solutions that will improve quality of life in the region.”

In addition, Wiggins served as a Barbara Jordan Health Policy Fellow in the United States Senate and as a policy analyst for the Mississippi Legislature Joint Committee on Performance Evaluation and Expenditure Review (PEER) Committee.  Wiggins also held the rank of Visiting Assistant Professor of Health Policy and Management at Jackson State University.

Wiggins completed his undergraduate studies with a B.S. in Biology from Alcorn State University.  He received a M.S. in Public Health with an emphasis in Health Policy and a Ph.D. in Health Promotion and Health Education from the University of Alabama at Birmingham.  Additionally, he has a certificate of nonprofit leadership from Boston College and has furthered his training through fellowships with the Kaiser Family Foundation, the W.K. Kellogg Foundation, and the Massachusetts Institute of Technology (MIT). He and his wife Dr. Shenekia Wiggins currently live in Mississippi with their three sons.

During the previous administration under Caldwell’s leadership, DRA was most relegated to the bench after former President Donald Trump’s 2017 budget sought to defund the Clarksdale-based infrastructure and development agency and its Appalachian sister agency that both serve two of the poorest regions of the country, one mostly Black and the other largely white.

Although Trump did not get his wish to shutdown DRA, the agency’s budget has been downsized from previous years. In the Biden administration’s 2021 budget scenario, the federal-state agency’s cut of the $6 trillion budget was only $31.8 million. In his 2023 budget request justification to the White House, Wiggins proposes to support the grant-making activities and operations of the DRA.

As a part of that proposal, Wiggins said in a letter to President Biden and the DRA Board of Governors, which includes Gov. Asa Hutchinson and the other seven governors across the Delta footprint, that he and his staff would also be able to leverage an additional $195 million in supplemental budget appropriates to expand DRA’s reach into the distressed, rural, and historically marginalized communities we are called to serve.

Those extra funds would include another $150 million in appropriations from the $1.2 trillion Bipartisan Infrastructure Law signed into law by President Biden on Nov. 15, and monies from other interagency partnership programs, such as the $45 million Workforce Opportunity for Rural Communities initiative.

Equity in the Delta

Since taking over this new post two months ago, DRA has already made several key changes under Wiggins. On April 22, DRA joined over 90 federal agencies in supporting the Biden administration’s “whole-of-government” equity agenda.

Under the plan, which some conservative groups are already balking in several states, the federal government is acknowledging barriers to equitable outcomes and commits to undertaking strategic actions to minimize these barriers both in the mid-term and long-term.

“While the Delta has many abundant assets, it also has deeply entrenched obstacles that limit access to opportunity for some, including generational poverty and racial inequity, that is exacerbated by inadequate infrastructure, lack of access to quality education and healthcare, and limited employment opportunities,” Wiggins said in a recent statement.  “Delta Regional Authority’s Equity Action Plan is only the first step in making appropriate programmatic and policy-related changes that will support our equity agenda focused on listening to all stakeholders, operationalizing equity in practice and policy, and increasing participation from marginalized groups throughout the Delta region.”

In his first day of office in early 2020 after entering the White House with Vice President Kamala Harris, President Biden signed Executive Order 13985 on “Advancing Racial Equity and Support for Underserved Communities Through the Federal Government,” calling for a comprehensive approach for the Federal Government to transform itself – for fairness and equity to become not just ideals, but principles embedded in the daily practices by which Government serves the people.

That executive order also charged the Office of Management and Budget (OMB), in partnership with heads of agencies, to identify by July 2021 effective methods for assessing whether agency policies and actions equitably serve all eligible individuals and communities, particularly those of that are currently and historically underserved.

Key changes ahead in the DRA’s Equity Action Plan that will affect Jefferson County and the Arkansas Delta region, including the University of Arkansas at Pine Bluff and state’s other three Historically Black Colleges and Universities (HBCU) in Little Rock, include:

On May 2, DRA also extended a Request for Proposals (RFP) to solicit responses from organizations within the DRA region to work in partnership with DRA to expand and improve upon the Delta Leadership Institute (DLI), a nationally recognized leadership development program that prepares state and local leaders to work for future improvements in the region by “thinking and acting regionally.”

The DLI is an extensive ten-month program where Executive Academy Fellows travel to communities throughout the DRA’s footprint, exploring existing economic and community programs and best practices.  Throughout DLI’s six sessions, Fellows will focus on leadership development, infrastructure, workforce training and education, entrepreneurship and business development, and public health.

Chosen through a competitive application process, the DLI Executive Academy class includes Fellows from each of the eight states in the DRA footprint.  In late January, DRA graduated 24 regional leaders from the 2021 DLI Executive Academy, marking the 16th year of DLI-trained regional leaders, composed of government, non-profit, and business professionals from all eight DRA states.

After graduation, DLI fellows become members of the Delta Leadership Network, which is comprised of more than 600 community leaders who advocate for regional collaboration, resource sharing, and innovative thinking. The DLI partners also partner with regional institutions of higher education to support and educate leaders committed to helping create jobs, build their communities, and improve the lives of their neighbors.

Under the expanded RFP extended by Wiggins, DRA is seeking non-profits, institutions of higher education, and other stakeholders to administer one or more elements of the program under the DLI umbrella to include one or multiple components:

An informational webinar to learn more about the RFP is tentatively scheduled for May 17, at 10 a.m. Those who would like to attend can send their request to dli@dra.gov and a calendar invitation will be sent to attend the Zoom webinar. Proposals are due by 5 p.m. on Friday, June 10, 2022.