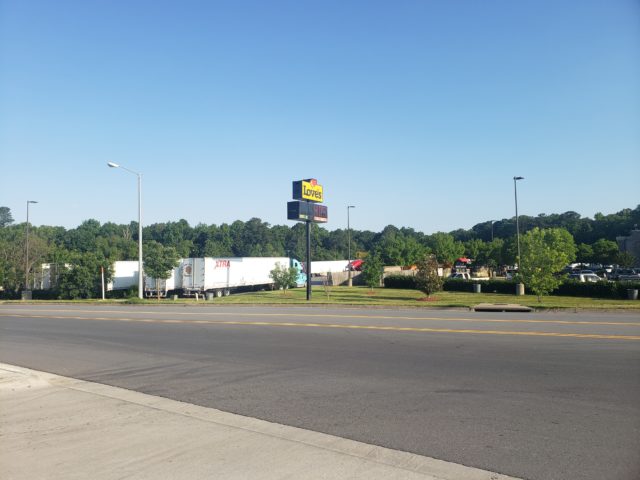 Southeast Arkansas drivers have seen prices for regular unleaded jump 43 cents to $2.20 per gallon in the past month, up $1.47 from a year ago, AAA data shows

PINE BLUFF – May 30, 2022 –- As the national kicks off the traditional summer driving season over the Memorial Day weekend, Pine Bluff and SEARK motorists are paying higher prices than most other regions of the state despite Arkansas’ status as one of the nation’s top ten states with the cheapest gasoline.

According to the former American Automobile Association (AAA), the state and national average for a gallon of gas has not fallen for nearly a month at $4.13 and $4.59, respectively, per gallon. With pump prices averaging $4.20 per gallon for regular unleaded to fill up a tank, Pine Bluff drivers have seen prices for regular unleaded jump 43 cents in the past month and $1.47 from a year ago.

Meanwhile, energy experts say prices are rising nationally and in Arkansas even though gasoline has either remained flat or risen every day since April 24 and has set a new record daily since May 10. That was the day gas eclipsed the previous record high of $4.33, set earlier this year on March 11. The national average for a gallon of gasoline is now $4.59 and all 50 states are above $4 per gallon.

“Gasoline is $1.05 more than it was on February 24, when Russia invaded Ukraine,” said Andrew Gross, AAA spokesperson. “That sent shock waves through the oil market that have kept oil costs elevated. Domestically, meanwhile, seasonal gas demand is rising as more drivers hit the road, despite the pain they face paying at the pump.”

For motorists traveling West during the long Memorial Day holiday, they will see the nation’s highest pump prices as California, Hawaii, Nevada, Oregon, and Washington State are all well over $5 per gallon. In fact, motorists in California a paying on average $6.15 to fill up tanks, followed by Nevada ($5.19), Washington ($5.23), and the other two westward-leaning states at $5.20, AAA data shows. Illinois is the only non-West U.S. state seeing prices near or at that level at $4.99 per gallon.

Cheaper but not inexpensive

As noted, pump prices in the state’s key metropolitan service areas (MSA) range from a low of $4.06 in the Little Rock and Central Arkansas metropolitan area to the highest recorded average of $4.43 at the Arkansas/Texas state line in Texarkana. Others on the high end of the pump in Arkansas are West Memphis and the Bluff at $4.23 and $4.20, respectively. Motorists in the Natural State seeing the lowest prices for regular unleaded are Fort Smith, Hot Springs, Jonesboro, and the Springdale-Rogers-Fayetteville metropolitan area (MSA) with average prices between $4.08 and $4.10 per gallon, shows AAA data for May 30.

However, drivers willing to search for lower prices can find gas prices as cheap as $3.84 at the Day & Nite convenience store in England in Lonoke County, according to GasBuddy.com. The continuing price war between Sam’s Club and Costco in West Little Rock is also driving pump prices down with each of the warehouse giants showing prices at $3.86 per gallon. Other pockets of the state in central and northwest Arkansas are also just below the $4 level.

Meanwhile, the unofficial start to summer vacation season this weekend came with jam-packed highways and airways as AAA’s annual forecast shows 39.2 million people will travel 50 miles or more from home this Memorial Day weekend. This is an increase of 8.3% over pandemic-hit 2021, bringing travel volumes almost in line with those in 2017. Air travel continues to rebound, up 25% over last year, the second-largest increase since 2010. With volumes closing in on pre-pandemic levels, AAA urged travelers to book now and remember flexibility is key this Memorial Day weekend.

“Memorial Day is always a good predictor of what’s to come for summer travel,” said Paula Twidale, senior vice president, AAA Travel. “Based on our projections, summer travel isn’t just heating up, it will be on fire. People are overdue for a vacation and they are looking to catch up on some much-needed R&R in the coming months.”

However, that advice did not seem to help as the Associated Press reports that more than 1,500 flights were canceled as of 9:50 p.m Saturday, according to flight-tracking website FlightAware. That followed more than 2,300 cancellations on Friday.

Delta Air Lines suffered the most among U.S. airlines, with more than 250 flights, or 9% of its operations, eliminated on Saturday. Hartsfield-Jackson International Airport in Atlanta, where Delta is based and has its largest hub, experienced heavy travel delays. On Saturday, 5% of the flights there were canceled, while 16% were delayed.

Delta noted in an email to The Associated Press that Saturday’s cancellations were due to severe weather and “air traffic control actions,” noting it’s trying to cancel flights at least 24 hours in advance this Memorial Day weekend.

Meanwhile, motorists driving through Arkansas will face jam-packed highways across the state as loved ones pay their respects to past war veterans. And as the Arkansas Department of Transportation (ARDOT) continues its $1 billion-plus highway construction project across 16,000 miles of state-maintained highways and roads, officials are warning motorists of several possible construction delays across the state during the Memorial Day weekend.

However, in Central Arkansas, officials said there would be no lane closures over the weekend for the I-30 Crossing project in downtown Little Rock. For the past year, that controversial $1 billion downtown project that is widening a 6.7-mile section of the interstate through downtown Little Rock and North Little Rock has kept local traffic in gridlock as construction workers rebuild the I-30 bridge over the Arkansas River. The project, which has also cut off several streets and exits in the downtown area, is expected to be completed by late 2024 or early 2025.

Those state-at-home vacationers not hitting the road or traveling out of town this weekend to face high gas and airline prices, jacked-up hotel and destination expense, and other higher travel costs still won’t get off easy. According to this month’s Consumer Price Index, the nation’s chief inflation gauge, the “all items” index for most consumer goods except food and energy is up 6.2% from a year ago.

Increases in the indexes for shelter, food, airline fares, and new vehicles were the largest contributors to the seasonally adjusted all items increase, according to the U.S Bureau of Labor Statistics.