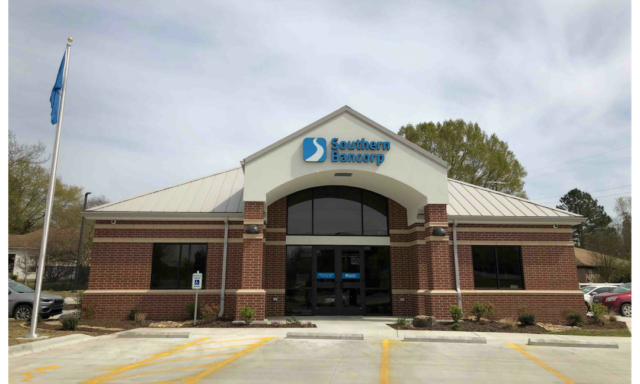 By Arkansas Delta Informer Staff – June 9, 2022 – Southern Bancorp Inc. this week continued its recent expansion that has seen the Arkansas-based Community Development Financial Institution (CDFI) grow its asset base to well over $2 billion.

The Little Rock-based CDFI and its parent holding bank Southern Bancorp Bank on Wednesday (May 8) announced the acquisition of FCB Financial Services Inc. and its wholly-owned subsidiary, Premier Bank of Arkansas. Based in Marion, Premier Bank is a $213 million asset bank with three branches operating in Marion, West Memphis, and Jonesboro. All branches will continue operating under the Premier Bank brand until early 2023 when a full conversion will take place.

“We are excited to welcome Premier Bank’s outstanding team to Southern Bancorp,” said Southern Bancorp Inc. CEO Darrin Williams. “Not only are Premier Bank’s markets closely aligned with us geographically, with many existing Southern branches located nearby, but they are also mission-aligned, with numerous opportunities in each community to introduce our unique brand of development banking to new and existing customers. We call it being ‘wealth builders for everyone,’ and we’re thrilled to introduce it in these new markets in 2023.”

As one of the nation’s oldest and largest community development banks, Southern Bancorp said it blends traditional banking products and financial development services such as credit and housing counseling and financial education to give everyone in the community access to the tools needed to build wealth.

In addition to Premier Bank, the “Southern” organization consists of three separate CDFIs working together for a common mission, including Southern Bancorp, Inc., a bank holding company; Southern Bancorp Bank, a $2.3 billion asset community development bank, and Southern Bancorp Community Partners, a 501(c)(3) development finance and lending organization. Southern’s customers and communities are served by all three entities to ensure that wherever one is on the economic ladder, they have the tools to succeed.

“We are excited to join the Southern Bancorp team and thrilled to begin preparations for introducing our customers and communities to a wide new range of tools to support their financial journey,” said Premier Bank CEO Donny Underwood. “For nearly 25 years, we have proudly served our markets by prioritizing customer service and experience, and we are beyond delighted to merge that commitment with Southern Bancorp’s mission to be wealth builders for everyone.”

Just over a year ago, Southern Bancorp closed on its acquisition of DeWitt First Bankshares Corp. and its wholly owned subsidiary, Arkansas County Bank. The acquisition, which was announced in January 2021, closed on May 14, 2021, adding three new bank branches to the Southern Bancorp network, two in Arkansas County in DeWitt and Stuttgart, and one in Sevier County in Lockesburg.

Founded in 1986 by some of the nation’s leading political, business, and philanthropic leaders with an initial investment of $10 million, Southern Bancorp, along with its development partners – Southern Bancorp Bank, Southern Bancorp Community Partners, and Premier Bank of Arkansas – has grown into a $2.3 billion asset organization with 54 locations serving 65,000 customers across two states.

Besides the two recent acquisitions, Southern has also seen equity investment from Wall Street and Silicon Valley giants as part of the corporate commitments to the ongoing social justice and racial equity movement following the George Floyd murder in the summer of 2020.

The donation by Scott, the former wife of Amazon Chairman Jeff Bezos, was part of the billionairess’   latest philanthropic campaign that has resulted in over $4 billion in gifts to 384 organizations across all 50 states, Puerto Rico, and Washington, D.C.

Months after the announcement, Silicon Valley-based Square Inc., known for its cashless credit card payment apps and solutions, unveiled an equity investment in Southern Bancorp as part of its $100 commitment to minority and underserved communities. According to Southern Bancorp, Square will invest $25 million of its $100 million commitment in CDFIs and minority-owned banks to increase their capacity to make loans to local small business owners.

Those funds will also go toward helping minority-owned small businesses grow through finance and providing “unbanked individuals” with access to savings and other financial tools that have historically been limited to those with privilege.

Southern has also attracted strong commitments from Wall Street. Bank of America announced in October 2020 it had decided to direct its early $50 commitment toward acquiring approximately 4.9% of common equity in 10 CDFIs and minority-owned banks, including Little Rock-based Southern Bancorp. A year later in October 2021, New York-based JPMorgan Chase announced additional investments and commitments exceeding $100 million in Black, Hispanic and Latino-owned and -led Minority Depository Institutions (MDIs) and CDFIs across the U.S., including Southern Bancorp Inc. in Little Rock.

JP Morgan Chase, the nation’s largest banking and financial institution with total assets exceeding, has since expanded to Arkansas after announcing four planned locations in Arkansas last summer. In Southern