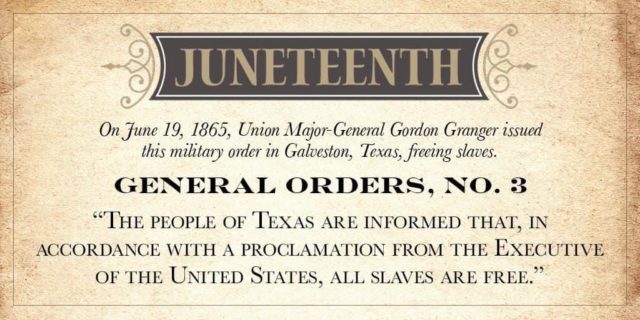 Special to the Arkansas Delta Informer by Jimmy Cunningham

Background: After a grueling day of gun battles and bloodshed, the Union Army and 300 African American members of a nearby contraband camp had so thoroughly kicked Rebel butts in front of the Jefferson County (Arkansas) Courthouse in October of 1863 that Confederates were left running for their poor lil Dixie lives. This effectively meant that the Union had secured freedom for blacks in Pine Bluff and the surrounding area. In spite of the fact that the Emancipation Proclamation had been signed by President Lincoln in January of 1863, the executive order was a toothless tiger in places where the Union was unable to enforce it.

The Drama: Now I don’t have anything against preachers per se (except those who ride in fancy cars sporting jewels, and fat mansions while most of their congregants live in a “Good Times” housing project) but this one is in a league of his own. Rev. Fountain Brown lived happily near Redfield, Arkansas (Jefferson County) with his wife, plantation and enslaved Blacks. I can just hear him sermonizing about them going to heaven and getting their reward in the sky while he took all that cotton they had picked on the earth and built his wealth. However, when the Battle of Pine Bluff ended with a Union victory, the Right Rev. Brown had to tell his enslaved that they were free because the Emancipation Proclamation order was now in effect.  “Damn those heathen Northerners!”

So as you might expect, most of his former slaves got the hell up outta there. “See ya, Rev!” However, without resources and a place to go two black families remained on his land and worked for him over the course of a few weeks. The husbands of both families left to find work out of town in order to make enough money to facilitate their departure for a new life.

While the husbands were gone, a white Texas man, Mr. McAfee, approached Rev. Brown and asked if he was interested in selling the two families of women and children who remained on his land. (note that at this time most of Texas was still under the Confederacy) Of course, Rev. Brown responded by telling him that while these people were living on his land and paying rent, they were free. However, that mean green can changes minds and morals quickly. Can I get a witness? Mr. McAfee made a hefty offer of $6,000 for these FREE blacks. And faster than you could say, “The devil made me do it,” Rev. Brown sold two black women and their six children BACK into slavery.

Well, after the married men came back home from working out of town, they couldn’t find their families! Rev. Brown proceeded to tell them that their wives and children had decided out of the clear blue to leave for Texas with a white stranger who just stopped by his house one day. Now you know the brothers were as hot as fish grease! They looked everywhere for their families. Word began to get around that some stank was goin’ on at Rev. Brown’s place.

Apparently, things got so out of hand that the grapevine (the old internet) was lit like a Snoop Dog blunt.  Probably sensing that he needed to get ahead of the situation by confessing, Rev. Brown went to the Union Headquarters in Pine Bluff on Christmas Eve of 1863 thinking that he may have been reported. He asked if the soldiers could check to see if he had any warrants out on him. They told him that they did not, but questioned him further. Then the cat came out the bag!! BAMN! Brown proceeded to tell Union officers how he had kinda sorta somewhat, maybe even accidentally, SOLD SOME BLACK PEOPLE BACK INTO SLAVERY!

Union officers were like, “Say What??!!!” Brown was immediately arrested.  The wives and children were located and freed. Rev. Brown’s military trial began on January 6, 1864 as he faced two charges of kidnapping free citizens inside lines occupied by the army and sending them outside the army-occupied territory, and selling back into slavery citizens who had been freed by the Emancipation Proclamation.  This trial was held in Pine Bluff, most likely at the Union Headquarters which is today the Boone-Murphy House on 4th Street.

The trial included a number of witnesses called to testify. Things became tense when, in spite of strong objections by the defense, the two husbands were allowed to testify against Brown. Note that under Southern laws it was illegal to offer up testimony against a white man by a black person in court. But remember, this was a military trial and the Union wasn’t having that B.S.  Still, these two brothers were courageous to testify as this is one of the first times in the South that testimony been given by a black against a white And while Union forces controlled Pine Bluff, these black men were still in danger because of what any aggrieved  group of crazy persons could do to them because they felt their place in society was being threatened (Damn, am I talking about the 1800s or today?).

When it was all said and done, the Right Rev. Fountain Brown was found guilty on both charges. He was the first person tried and convicted in the U.S. for violating the Emancipation Proclamation. He appealed his case directly to President Lincoln asking for a  pardon. Lincoln politely told him where to go by declining his request and Brown was sentenced to 5 years in military prison. After Lincoln’s assassination, President Andrew Johnson granted Brown a pardon in 1865, though Brown died before his wife could reach him by steamboat to take him home to Jefferson County from prison.

The END……well not quite cause we’re still fighting the same forces wanting to take us back to the “good old” days. Nonetheless, Happy Juneteenth!!