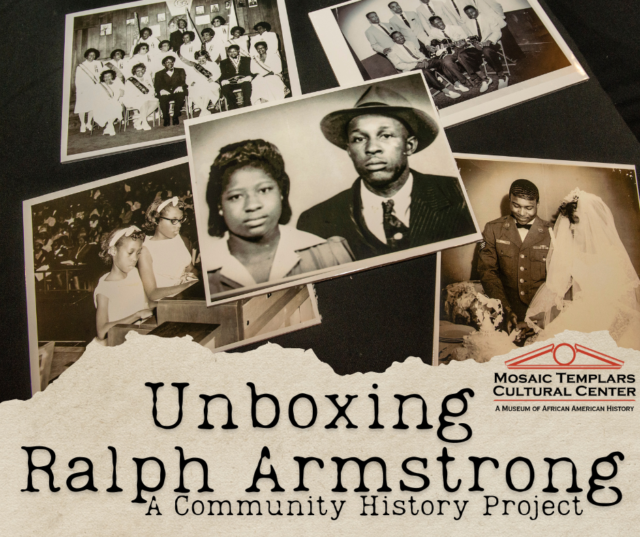 By The Arkansas Delta Informer Staff – The Mosaic Templars Cultural Center (MTCC) recently opened its newest exhibit invites the public to browse hundreds of photos donated to the museum by the family of local photographer Ralph Waldo Armstrong III, who documented the lives of Black communities in Little Rock on film between 1951 and 2006.

The “Unboxing Ralph Armstrong: A Community History Project” exhibit began and will run through January 2023. This unique and interactive exhibit also invites guests to share their connections to the photos, and to identify the people, places and events captured in the pictures, so that the museum can create a more comprehensive history of the Black experience in central Arkansas.

“From its beginning, the Mosaic Templars Cultural Center has worked to honor the story of Arkansas’s Black history and culture,” said Stacy Hurst, secretary of the Arkansas Department of Parks, Heritage and Tourism. “This exhibit creates a unique opportunity for Arkansans to connect with each other through a shared experience, with the goal of creating a more inclusive and comprehensive history of central Arkansas and our entire state.”

Ralph Waldo Armstrong III was born in North Little Rock on Feb. 23, 1925. He was drafted into the Navy in 1943 and was stationed at the Great Lakes Naval Air Station north of Chicago, Ill., and then on the Eniwetok Atoll in the South Pacific. Following the war, Armstrong studied at the American Conservatory of Music, then returned to Little Rock to raise his family with Ruby Joshua Stanton.

According to the Encyclopedia of Arkansas, he worked as a letter carrier for 37 years while simultaneously operating his photography business. He often photographed buildings slated to be demolished, especially in Little Rock’s historic Ninth Street district, and took portraits of individuals and families as well as special events. Ralph Armstrong died on Nov. 10, 2006, at age 81, and is buried at the Haven of Rest Cemetery in Little Rock.

“‘Unboxing Ralph Armstrong’ is an incredible opportunity for everyone to be a part of the history of Little Rock,” said Quantia Fletcher, director of the Mosaic Templars Cultural Center. “We believe guests will discover a connection to Black history that they may not have known about and help us achieve a more complete understanding of the people and places that shaped our community.”

As part of the Division of Arkansas Heritage, Mosaic Templars is dedicated to preserving, interpreting and celebrating African American history and culture in Arkansas.