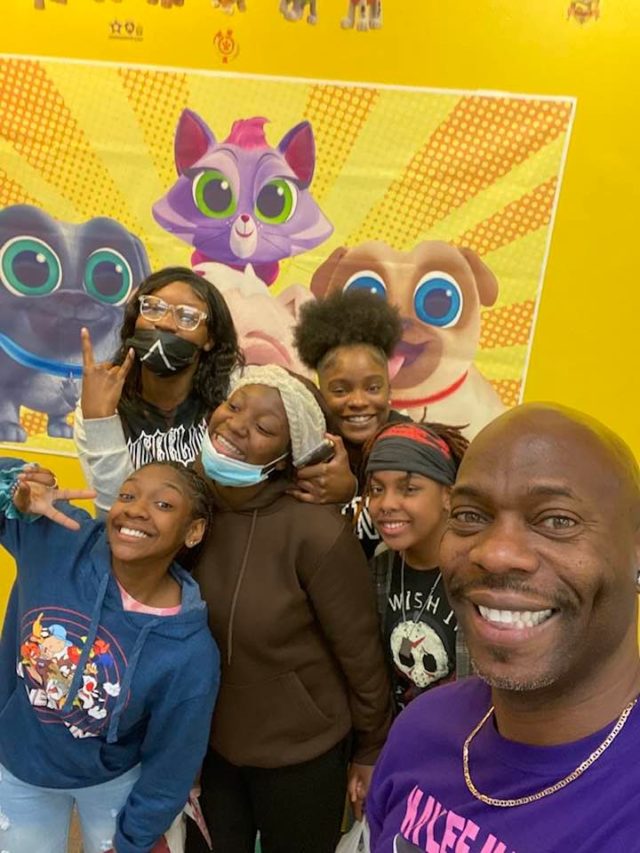 The letter has been the subject of hushed conversations ever since Alderman Ivan Whitfield read it publicly during a city council meeting last month. Garland Trice, a candidate for 1st Ward Alderman, picked up the issue during recent debates.

Cannon, a self-proclaimed voice for the people, is on a crusade for justice in Pine Bluff and Jefferson County. His rant did not stop with the Go Forward PAC money. He went on to skewer the downtown beautification project as empty facades. In addition, he alluded to potential public corruption in the Sheriff’s Department, Urban Renewal, and possibly the Mayor’s Office.

•           $1.2 million acquisition of the convention center hotel (with taxpayer funds) without an inspection

Who is Mark Cannon?

Cannon grew up in a rough environment in West Helena. He experienced a lot of wrongs in his lifetime, which fuels his passion for doing what is right. A man with a generous spirit, Cannon is someone who will give you the shirt off his back or give food to the homeless. He lives in Jefferson County, but he works for himself in North Little Rock as a middle-aged entrepreneur selling assorted snacks and knick-knacks at his business, Popcorn & More. He is an entrepreneur from West Helena who fights for the underdog. “I’m fighting for equality, justice and accountability for my people,” he said.

Why are you doing this—do you want to be a hero?

“People have asked me, how did the Popcorn man become TMZ? In 2019-20, I saw a Facebook Live post where a woman held a small child in her arms. Standing directly behind her, an older man stood with his arms draped over the pair,” Cannon explained. “I was visibly shocked and disturbed by the post. My wife asked, what in the world is wrong with me? I told her—that is the man who molested me when I was ten years old.

“I was so consumed with anger, hurt, and pain that I decided to go live on Facebook and share my story. My wife asked me if I was sure that I wanted to share this portion of my life with the world. I told her that it was vital for me to provide a voice for the voiceless. However, I was overwhelmed by the reaction I received when I shared my soul on Facebook. I received over 15,000 views. My pain built my following.

“Why did I choose to do this? It chose me to be a voice for the voiceless and seek justice for the underdog,” said Cannon.

What is Voice Fore Justice?

“I’m not clout chasing or anything like that. I want accountability and recompense—for my people, Black people. I am a voice for the voiceless. Unfortunately, that name was already taken,” continued Cannon. “Therefore, I created a Voice Fore Justice as the name for the page/platform. And no, the ‘fore’ is not misspelled. I’m like a golfer at the tee box. I yell ‘fore’ to let everybody know that justice is coming to you.”

You seem to be calling for criminal indictments of public officials—is that really what you want, and do you believe that it will actually happen?

“I’m appalled that anything like this is happening to my people. But I’m even more upset that the people who are victimizing my people—are also Black. When you look at most of the shenanigans that are going on around Go Forward, Black people is doing them. From the Sheriff’s Office, the Mayor’s Office, Urban Renewal, and even the Chief of Police.

“Stay tuned—a little bird told me that federal indictments are on the way,” said Cannon.